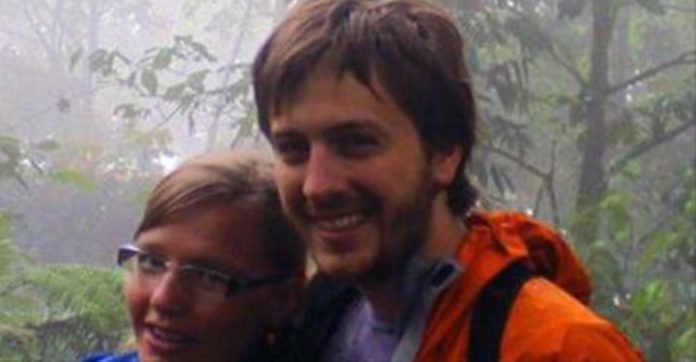 The worst case of mistaken identity ever.

The police in Alaska told one family that their son had been killed in a car accident.

The tragedy was that it wasn’t really their son. Jay and Karen Priest were awakened at 3 am by an Alaska State Trooper.

It is never a good sign to have a trooper come knocking on your door.

The officer said that their son, Justin, 29, had been killed.

After getting the devastating news, the couple drove to Anchorage to tell Cody, their other son, the news.

Jay and Karen then went to Justin’s home to tell his girlfriend.

Then the shock of a lifetime!

Justin opened the door. Justin told reporters that he was getting ready to go outside to let the dog out when he found his parents and brother walking up to the door.

Justin was understandably confused to see his parents at 5:30 am.

To top it all off, they were screaming things like “It’s a miracle!” and “Praise Jesus!”

The man who was killed in the accident did have the same name as Justin – but a different birth date.

The Juneau Police apologized for the mistake.

So, while the Priest family is celebrating that their son Justin is still alive, the fact remains that another family did lose a loved one.

Drive carefully. When you get behind the wheel, you have more than just your life in your hands.

Go the speed limit and don’t text or drive distracted. Buckle up and arrive alive.