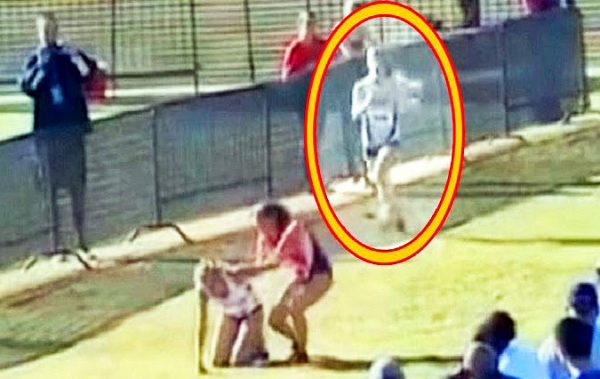 For some people, winning is everything.  This is especially true for many athletes who spend countless hours training and preparing for big races where there is a lot more at stake than just a medal or bragging rights.  Professional and college athletes count on winning races and matches for scholarships, endorsements, and big pay days that make all their hard work worth it.

Madeline Adams is a cross country athlete who happened to be one of Boston College’s top runners a few years back.  She trained hard every single day and spent every opportunity that she had working out and running so that she’d be in the best possible physical shape.

To prepare she would study each racecourse inside and out. She would make sure to eat healthy and get plenty of rest in the days leading up to the big race and triple checked all of her gear to ensure she had everything that she might need in order.

In 2017 Madeline was set to compete in the Atlantic Coast Conference (ACC) Women’s Cross Country Championship, and many people considered her a top favorite to win.  On the day of the race she felt great and was excited to be there among the best collegiate athlete runners in the country.

When the race began, she set the pace and was doing better than she ever expected.  In fact, she was setting a new personal record and was in first place most of the time.

When Madeline was just a couple hundred meters from the finish line, she suddenly started to feel tired.  Not just a little worn out, but incredibly fatigued to the point she could no longer support herself. On top of that, a sudden rush of nausea and dizziness overcame her, and then her legs simply gave out and she collapsed to the ground.

Lightheaded and weak, confusion took over and she kind of blacked out momentarily. As much as she tried to will herself to get up and finish the race, her body would not respond.

All around other runners passed by her headed towards the finish line.  Her first place finish was gone and she couldn’t even move, leaving her feeling hopeless.  Then all of a sudden, a runner from Clemson University, Evie Tate, stopped and reached down to try and help her get up.

Evie wrapped her arm around Madeline and attempted to lift her but was having trouble. When another runner, Louisville’s Rachel Pease, saw them she also stopped to help.  Working together, the girls lifted Madeline up and helped carry her towards the finish line.

Before they could even reach the finish, the medical team arrived to check Madeline out.  Evie and Rachel went on the cross the finish line and afterwards were able to meet up with Madeline to see how she was doing.  Madeline spoke warmly of the whole incident saying, “The great part that comes out of this is there are two amazing girls that helped me, who are completely selfless and just amazing people with amazing character.”

The sportsmanship and class that these girls displayed is above and beyond what anyone could have ever expected.  They put a fellow racer in need above winning, and yet came out the real winners in the end.