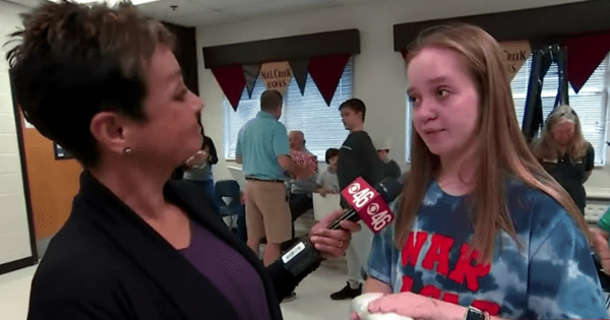 During the pandemic, parents near Atlanta only got two hours a day to meet their newborn babies who were in the intensive care unit (NICU). When 18-year-old resident Bryn Hammock heard about this, she knew she had to do something to make sure the infants would receive some extra comfort in the absence of their parents.

While discussing the matter with her grandmother, who is a pediatric nurse, Hammock learned about hand-shaped gloves filled with beads which are often placed with NICU babies. Apparently, the touch of these gloves mimics that of a mother’s hold. While some hospitals in the Atlanta area had these gloves, many facilities were still looking for more.

This is when Hammock decided to step up. “I heard they were alone in the hospital, and I was like ‘Wow, they really need this,'” recalled the teenager. Hammock, who has been a Girl Scout since kindergarten, has always been looking out for inspiring opportunities to help her earn the Gold Award, which is the organization’s highest honor. And helping NICU babies seemed like the right way forward.

However, there was one problem. “But I didn’t know how to sew, and the lockdown had just started,” she told PEOPLE. So she turned to her grandmother Deanna Simmons once again. “I was not going out anywhere, so we did FaceTime to learn how to use the sewing machine. It was hard, but it worked. It was all we could do under the circumstances. I had not sewn in years, but it was like riding a bicycle. She didn’t get frustrated. It was pretty impressive,” said the teen of her grandmother, who is Hammock’s troop leader.

Slowly and surely, Hammock picked up the art of sewing. After raising enough funds she arranged all the sewing supplies and began creating patterns before sewing the stuffed gloves which she aptly named Tiny Hugs. After getting a hang of it, she created many Tiny Hugs and even created a how-to video with the help of her mom Kelly to guide a team of 18 volunteers who could help make even more. 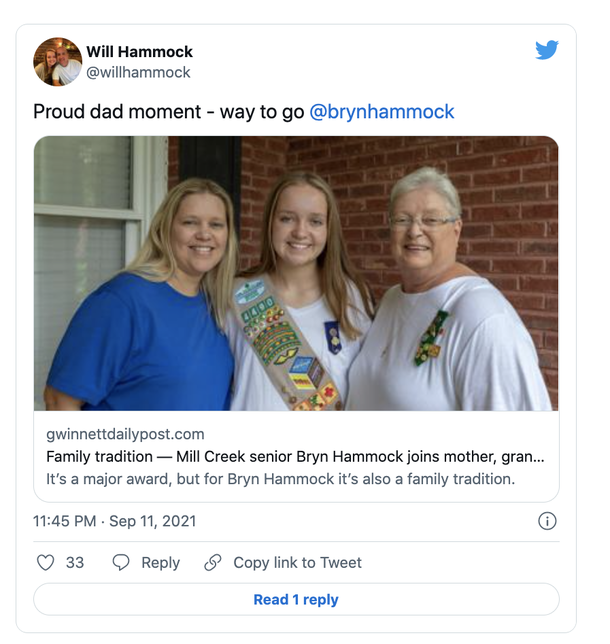 “It was emotional and powerful to see my mom teaching my daughter and knowing it was going to help newborns. I’m just so proud of her and excited that she found a project she is so passionate about,” said Hammock’s mother. While the volunteer team initially planned to make 30 of these Hugs, they ended up sewing 140. The gloves were then distributed to Seven Georgia hospitals, including the one in which the teenager was born.

“When Bryn was born, she briefly went to the NICU with a slow heartbeat. We were fortunate that it was nothing major, but it still gave us a scare. Time has flown by since then, and we can’t believe she’s 18 and doing such an awesome thing to help babies. We’re so blessed to have a daughter who is so smart and caring,” shared her father Will. The project not only earned her appreciation letters from several hospitals and staff but also her Girl Scouts’ Gold Award.

“It felt really good to earn the award doing this. I’m the third generation in my family to do it, and I love babies and kids, so this was just a perfect project for me. It felt really good,” said the high school senior who plans to pursue a career in the medical field.