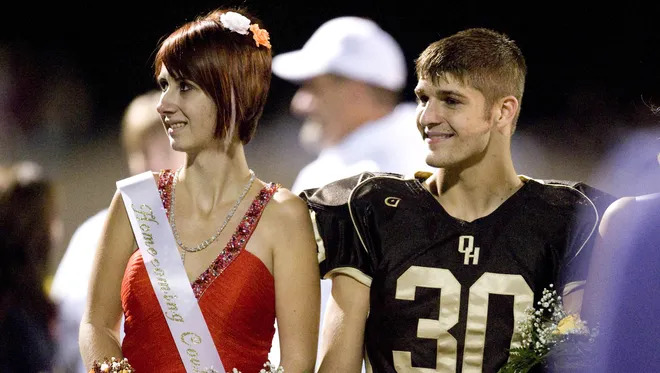 It was a dream come true for Whitney Kropp when her classmates selected her, among all the beautiful girls, to run as their Homecoming Queen. She walked out onto the Homecoming Court, ready to compete for the votes, only to realize that the mean girls in her class nominated her solely as a joke to make her look like a fool and embarrass her.

As she stood there, embarrassed and the laughing stock of the school, Whitney hated everything. She hated her classmates. She hated her school. But her most menacing thought was her hatred for herself. Why did she have to be this way? Why couldn’t people like her like all the other girls? She didn’t know what it was about her that repelled other people.

But there was nothing about Whitney Kropp that was bad. She was actually a beautiful girl. The mean girls simply selected her as their arbitrary target and tormented her every chance they got. The cherry on top of their harassment was their horrible Homecoming Queen prank.

“I was bullied as a kid for being tall, but then I wasn’t picked on until high school,” she said.

And when she was elected as homecoming queen, it only happened, as she told The Detroit News, because the mean girls “thought it would be funny if the popularity contest was won by someone who was unpopular.”

The night after the dance, she returned home filled with hatred. But most of it was direct at herself for being such a fool. She should never have trusted the mean girls to be nice. That’s when she considered taking her own life.

Thankfully, her sister Alivia noticed that her sister was not doing well.

“It’s very hard to see someone hurt and upset,” the sister said. “You want to do everything in your power to make sure they’re not that way.”

That’s when Alivia came up with a plan to redeem her defeated sister.

Alivia told Whitney that she needed to go to homecoming anyway, even if it was supposed to be a prank. Bullies cave when someone stands up to them because they’re really just cowards.

It was exactly the answer Whitney needed. She wasn’t the victim. She was a hero. But she needed some convincing.

Before long, people came to Whitney to help. Shannon Champagne offered her a free makeover.

“Every girl looks forward to being on that homecoming court and for her name to be called,” Champagne said.

In the end, Whitney proved that she was not a victim, but a strong woman who could stand up to her bullies.