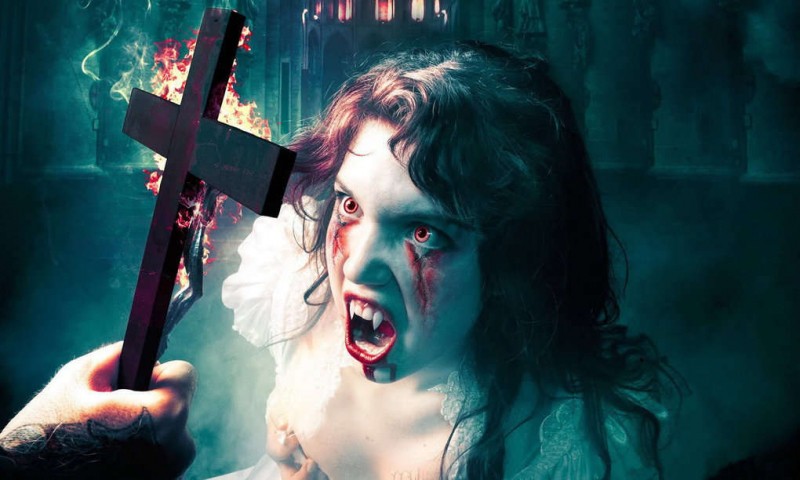 Nowadays, the topic of vampires is not something new and not already heard. Cinematic images of these “superterrestrial” creatures are extremely attractive: as a rule, they seem to us inhuman, yet beautiful, unrealistically strong, dangerous, but at the same t

But our ancestors had completely different ideas about all kinds of bloodsuckers. Indeed, legends about these terrible creatures spread among many peoples in Europe, starting with Ancient Greece (and in medieval Romania, Serbia, Croatia they were ubiquitous).

So: these vampires weren’t all cute and not all glamorous. They were presented in the form of terrible and weak, living-dead without a reason, capable only of drinking blood and, therefore, killing.

Want to learn more about vampires? So, here are 10 interesting facts about them:

10. Besides holy water, cross, garlic and silver, there are other ways to deal with a vampire

The main means of protection against vampires have been known since ancient times. But few people know that vampires are also afraid of plants with thorns, such as roses, rosehips. But according to legends, these creatures love to count everything. Therefore, if you are suddenly followed by a vampire, if you scatter rice, mustard or poppy seeds, then the pursuer will immediately start collecting and counting them. According to legend, vampires are sometimes so engrossed in this activity that they do not notice the arrival of dawn, burning themselves into a pile of ashes from the first rays of the sun.

9. “Count Dracula’s family castle” has survived to this day

The real prototype of Dracula is usually called the Wallachian ruler Vlad III Tepes, who lived in the 15th century and became famous for his inhuman cruelty, for which, in fact, he received the nickname Dracula. Of course, every medieval ruler should have his own castle. Why should Vlad Tepes be an exception?

And in Romania, they will gladly show you the “same” Bran Castle, 30 kilometers from Brasov. But in fact, it never belonged to Tepes. He spent only a few days in this truly imposing and dark fortress of the 14th century when he was captured by the Turks. But the house where Dracula was born really survived in the city of Sighisoara.

8. The first vampire story was written by John Polidori in 1819

In fact, the earliest literary works on themes that are fashionable today were the poem “The Vampire”, written in 1748 by the German poet Heinrich August Ossenfelder, and the short poem of the same name by the Scotsman John Stagg, written in 1810.

But the official founder of the “vampire” genre is John William Polidori. One day, a whole group of young people was gathered and argued about which of them would write the scariest story. In the end, Mary Shelley won, invented Dr. Frankenstein’s monster, and Polidori wrote the wonderful story “The Vampire”, published in 1819.

The first vampire film is considered to be the Hungarian silent short “The Death of Dracula” directed by Karóly Leytoy in 1921. Unfortunately, this film is now considered lost, only a few frames have survived. And here is the 1922 painting Nosferatu. A Symphony of Horror” by Friedrich Murnau. But still, the third film on the same subject turned out to be more famous and popular: “Dracula” directed by Todd Browning with the magnificent White Lugosi (1931).

6. The symptoms of porphyria are very similar to the description of vampires.

The fact is that only in the 80s, scientists discovered and described in detail a terrible and dangerous disease – porphyria. And it existed, of course, long before that and was quite common in Eastern and Northern Europe.

The external symptoms of porphyria are very similar to many characteristic signs of vampires: due to a metabolic disorder, the patient’s skin becomes thinner, acquires a brown tint, until it begins to crack, forming ulcers and scars – by the way, under the influence of sunlight, this process is significantly accelerated, thereby causing unbearable suffering to the patient – ​​it is there that the sun is considered deadly for vampires – then the cartilage begins to be inflamed and damaged, as a result, the ears and nose are deformed; the mucous surface of the gums and lips stretches and cracks, bleeding and exposing the roots of the teeth.

All this, of course, greatly disfigures the man. Due to the immense physical and mental suffering, many patients with porphyria die very quickly or go insane.

5. There is a mental illness that “turns” people into vampires

In New York, the annual conference “Vampires.Obsession” (Vampires.Attraction) is held, whose guests are actors who once played vampires on the screen, as well as many fans of the subject.

At this strange party, you can participate in themed competitions, listen to concerts of famous gothic bands, visit the vampire museum and so on.

3. Tombs of “vampires” are found all over Europe

he large number of strange tombs discovered in the past 30 years, apparently specially “rigged” to prevent their “inhabitants” from escaping, speaks to how seriously medieval people in much of Europe took vampire legends.

For example, in the early 1990s in Slovakia (in the city of Prostoev), the Czech Republic (in Čelakovitsi) and Bulgaria (in the Sozopol area), several dozen burials from the 11th-16th centuries were discovered, in which the skeletons of people buried in them were found . Wrapped around with hoops of iron, moreover, in some cases pierced with iron rods and crushed with heavy stones.

This 700-year-old skeleton, from Sozopol, Bulgaria , was found with teeth pulled out and pierced through the chest with an iron rod. Scientists suspect that the townspeople did this to ward off vampires – a very real fear in Europe for hundreds of years.

There are quite a few official investigative materials on “vampire crimes” in European archives.

In the Balkans, there is a case of a farmer from Serbia who complained to his neighbors that he had been bitten by a vampire. Soon after, he mysteriously died while mowing with almost no blood in his body. A few days after the funeral, Arnold first appeared in the village already in the guise of a vampire and since then for 9 years starting in 1725, he hunted people.

Officials who came to investigate these horror stories were never able to convince local residents to provide evidence that somehow explained these incidents from a “non-mystical” point of view: all the people sincerely believed that they had gotten rid of vampires.

It seems that it is the 21st century, civilization has come, science completely denies the possibility of the existence of any “walking corpses” and other entities of the same type. But no! Even today it is easy to find people who firmly believe that vampires threaten them.

In 2002-2003 in Africa, a mob lynched several suspected “vampires”, and when the police intervened, the authorities immediately charged a “conspiracy” with vampires.