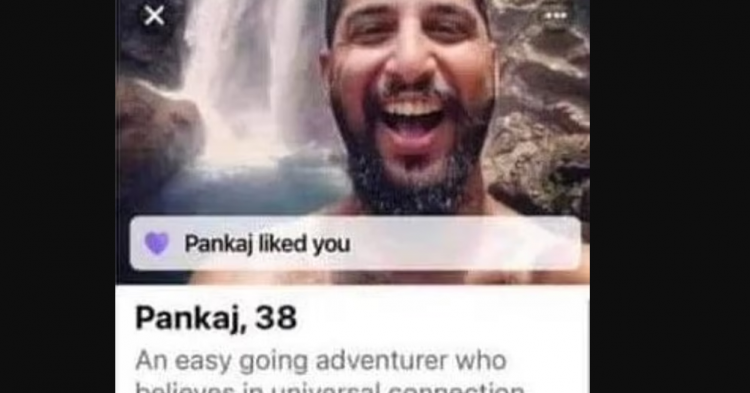 A New Jersey man, known as the “werewolf killer” for stabbing a complete stranger to death, is trying to find love using an online dating profile playing down his violent past, prosecutors warn.

Pankaj Bhasin spent three years in a mental health facility after he drove from his home in New Jersey to a store in Virginia and killed the manager, 65-year-old Bradford Jackson, in 2018. According to reports, Bhasin pleaded not guilty by reason of insanity following a mistrial. 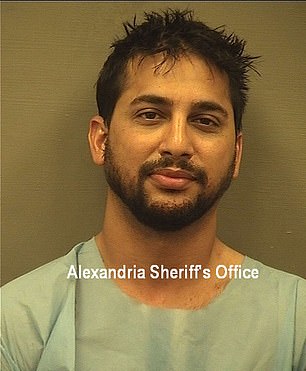 His attorneys said he was in a psychotic state when he killed the 65-year-old, and the following year he was found not guilty by reason of insanity, resulting in him spending three years in a mental health facility.

For the last three years since his trial, Bhasin has been isolated and monitored in a mental health facility.

Now the 38-year-old is out on conditional release, and a friend of Jackson’s was shocked when she came across the killer’s dating profile, in which he described himself as an ‘easy-going adventurer who believes in universal connection’. The bio also claimed he was ‘recently getting back from two years of travel’. 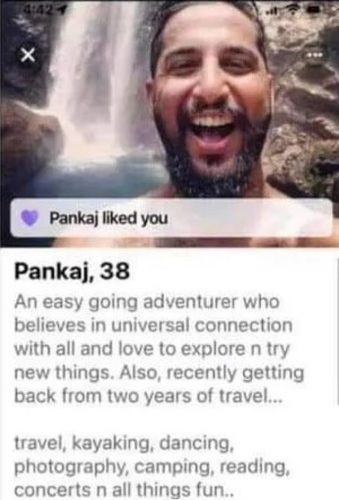 Here’s what Bhasin wrote on his online dating profile. He shared a picture of himself smiling with his mouth open while standing in front of a waterfall.

“I’m an easy going adventurer who believes in a universal connection with all and love to explore and try new things.”

He listed his passions as adventurous activities, including “travel, kayaking, dancing, photography, camping, reading, concerts, and all things fun.”

Conditions for his release include wearing a GPS monitor, taking medication, and receiving home visits from aid workers.

But now prosecutors are asking that Bhasin be barred from using social media or at least allow them to see what kind of material he watches and posts online.

“Because the acquitted can meet potential romantic partners while not only hiding his recent history, but also actively lying, these individuals could be put at risk at a time when the acquitted is transitioning into the community for the first time,” the motion said. WRC TV.