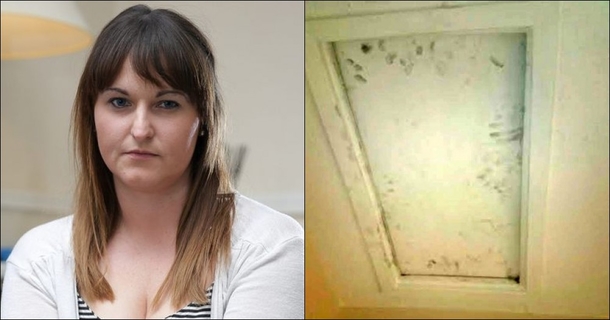 A woman was beside herself after noticing things were going missing around the house, but it wasn’t until she spotted suspicious marks on the attic door that things really got uncomfortable. What she found not only explained everything, but it made her aware of the horrifying reality she’d been living in for the past five months.

It all started over 10 years ago when Marie Wright, 28, had been introduced to Alexander Cooper, 27, by a friend, but the acquaintances parted ways and didn’t talk after that – until about 5 months ago. It was at that time that the duo noticed each other on the dating website “Plenty Of Fish” and decided to go out.

They quickly fell in love, as Marie explains that Alexander seemed “totally normal” and would constantly send her “cute” text messages. Unfortunately, things took a turn when Marie’s roommate, Sarah, went out of town for a week, prompting her to invite Alexander to stay with her for the time being in Sheffield, England 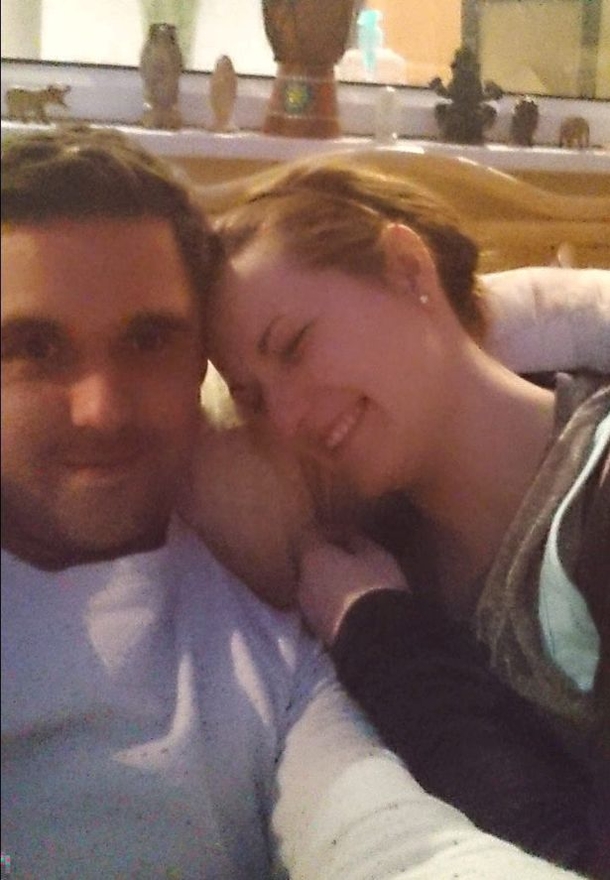 When Sarah returned, Alexander refused to leave, which eventually resulted in Marie kicking him out and asking him to “give her some space.” After that, things started to get weird around the house, as the two girls report that things started to go missing.

Although it started out with small things like toilet paper, cigarettes, and food, it wasn’t long before they noticed bigger things like pillows and blankets disappearing. Eventually, they set traps – like tape across a cupboard door – in order to confirm their suspicions.

You can imagine their surprise to realize that some of the traps had been tripped, which freaked them out to the point of calling the police. However, things didn’t get much better when officers pointed out fingerprints on the attic door. But after taking a quick peek above, they said there was nothing up there.

At that point, paranoia sunk in for Marie, who even had Alexander investigate further into the attic. He obliged, but he would only do so armed with a crowbar. After emerging from the attic, he told the girls that there was nothing up there.

However, Marie would soon find out that this was simply the beginning of bad things to come. The very next day, she “discovered someone had taken three pay day loans worth £450 out in her name, as well as around £200 in cash, on November 1,” according to Mirror.

Once again, she called police, this time crediting the criminal activity to the “stranger in the loft,” but officers simply took statements and left. As Marie was driving Alexander back to his father’s home, Sarah sent her brother into the attic to take a look, but he had a different story than that of Marie’s boyfriend. 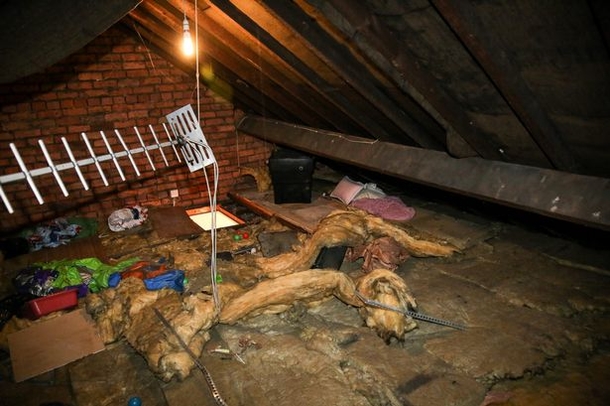 Hidden behind the boiler – out of sight from police who simply stuck their head through the hole – he found a makeshift bed made of the missing blankets and pillows. He also found the area littered with food wrappers and cigarette ash, but that’s not all. He found a bag full of clothes belonging to Alexander as well.

Then it all clicked – Alexander was the “stranger in the attic.”
“He had been texting me from up there, telling me he couldn’t answer phone calls because his phone was broken — actually it was because he was in the loft,” Marie later explained. “As far as we can work out, he was waiting until we went to work, coming in and going round the house, and then waiting until we came home from work and going up into the loft and staying there.”

“I just felt sick when I found out,” she went on to say. “It was like a horror movie.”
Since that time, Marie hasn’t spoken to Alexander, and he has been arrested. Although he originally tried to lie his way out of the situation, he eventually admitted to everything, resulting in him being sentenced to 16 months behind bars after being charged with 16 different crimes — twelve counts of fraud, three of theft, and one of perverting the course of justice.

As for Marie, she states, “I’m definitely going to be a little more cautious when I meet people now.”
There surely are some whack jobs out there, and this guy takes the cake. Imagine finding out that you not only had someone living in your attic for the past two weeks, but you had also dated the man for the past 5 months — how horrifying is that reality? It’s enough to give me the chills.