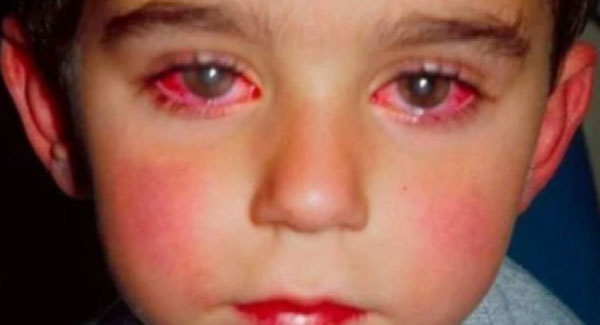 Many people have laser pointers in their homes, and don’t think twice about leaving them around, where kids of any age could play around with them.  Although lasers are frequently used in toys, they have been regulated so that they do not have the same radiation as laser pointers.

However, you will hear in the video you are about to watch below, that even those lasers have inherent dangers when toys are broken. A warning to all parents, has recently been issued from optometrists in Australia, saying: laser pointers ARE NOT toys.

This warning came about after a 14-year-old boy was seen after he pointed a laser pen into his eyes for only a short period of time. His vision was permanently damaged, losing 75% of his 20/20 vision forever!

The laser had burned his retina near the back of the eye, but as is common, no pain was experienced.  The reason medical help was sought, was because macular damage was immediate, which caused severe visual impairment.

Damage to the macula from laser burning, glasses nor surgery can ever restore this boy’s central vision, which allows for visual acuity needed for reading, driving etc.  Laser pointers should never get in the hands of children, as is discussed in the following footage.

Broken toys which have FDA approved laser strength, can become just as dangerous when broken.