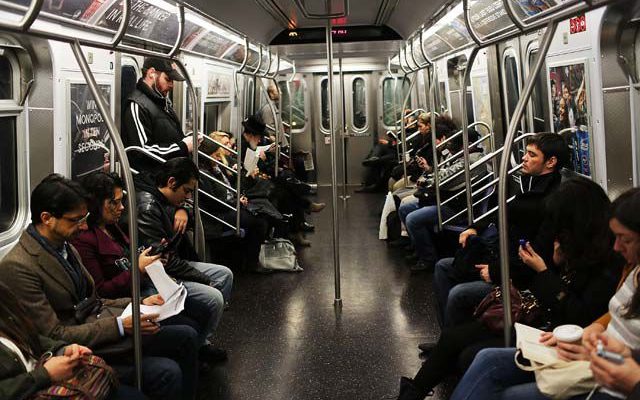 A verbal dispute on a New York subway train turned physical after a young man wanna be “THUG” pushed a woman and she sprayed him in the face.

The altercation was caught on camera and posted to Facebook showing the pair while on the number two train in the Bronx, which was headed to the Gun Hill Road station.

As seen in the viral video, the woman and the teen were already face-to-face when the clip begins. The woman dares him to spit on her and yells at him to go to school. He gets into her face as she tries to sit down, entering her personal space, mom refuses to let his threatening body language intimidate her.

Then the young man pushes her, and that’s when the thing goes horribly wrong for the young man, she immediately sprays him in the face. It’s unclear whether it was pepper spray or some other substance. 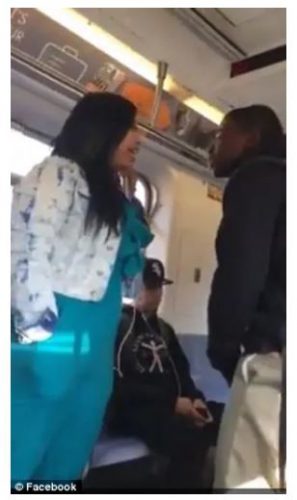 After he is sprayed in the eyes, laughter from a few commuters can be heard as he immediately turns and wipes his eyes with his shirt.

The woman is heard shouting ‘get the f*** off me’ as the video stops recording.

It is not clear when the incident took place, what led to the verbal dispute, or what the pair were arguing about as detailed in the footage.

The video of the incident was uploaded on Facebook which immediately went viral, garnering millions of views to date.

“She did not instigate she warned, the kid was already threatening her… learn the difference and stop enabling these kids to be bullies whole complaining about it in schools,” one commenter wrote on Inquisitr.

“Didn’t his parents teach him not to mess with women from the Bronx or Harlem, lol? God Bless.”

“I’m glad I️ chose to have a kid early on in life … I️ can see her father raised a real WOMAN, bout 16-17 years down the line. I️ wouldn’t be surprised if my lil girl does the same, if not worse.”

“Pepper Sprays are illegal in NYC. When the cop comes to her, he will give her a citation of $175.”

“Something here reminds me of an old saying: Stupid is as stupid does.”

“What did he think she was going to do? Run home she got bills to pay and family to feed, and she is by herself in a very vulnerable, so she gotta protect herself he better be glad it was only pepper spray and not a 22 caliber.”