An Ohio man whose wife had permanent brain damage after a group of teens dropped a rock on her car has killed himself, police say.
Randy Budd, 55, died of a self-inflicted gunshot wound in his home on Aug. 6, according to the Daily Mail. Budd, a father of four, sent his family a text message telling them he loved them before taking his own life.

Budd’s suicide comes just over two years after a group of four teenagers dropped a 5-pound rock onto his car from an overpass. The rock hit his wife, Sharon, who was in the passenger’s seat, crushing her skull and leaving her with significant injuries to her face, head and brain.

Sharon was reportedly at home when Randy killed himself.

Peter Johnson, the district attorney who prosecuted the case against the teens, blamed them for Randy’s death in a statement.
“Randy Budd did not die from a gunshot,” he said. “He died when those kids threw a rock through his windshield.”

Before dropping the rock on the Budds’ car, the teens had shoplifted steaks, broke a window in a neighbor’s home and drove through a cornfield, according to the Daily Mail. It is suspected that they also dropped a rock onto a truck that same night.
In July, Randy expressed anger toward the “bastards” who injured his wife.

“On July 11th it will be 2 years since those bastards decided to throw a 5lb rock off an overpass and totally disable my Sharon,” he wrote, adding, “What a shame, she took so much pride in being a productive mother, wife, friend, daughter, mentor, and teacher. We are left with scars mentally, emotionally, financially, and physically.” 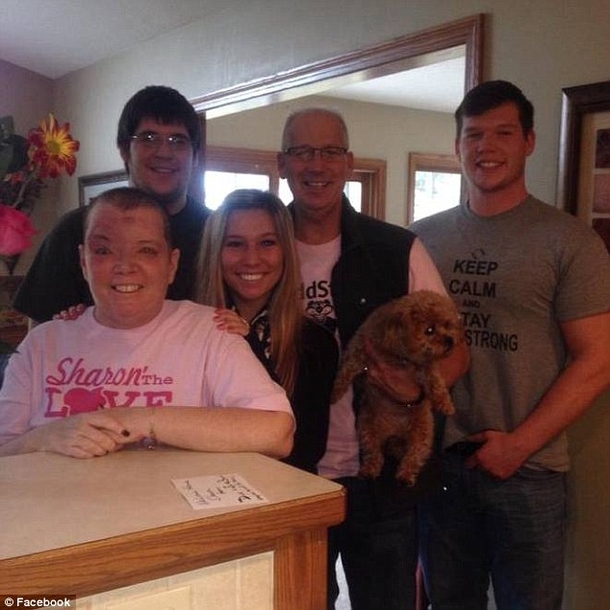 As a result of the incident and Randy’s advocacy, the Ohio Department of Transportation passed a law in January requiring fencing to be installed on bridges under which traffic passes, according to WJW.

“It feels wonderful,” Randy said at the time. “There’s not too many positives that come out of a situation like this, but one of the great things is how the communities of Pennsylvania and Ohio came together on this.”

Randy is survived by Sharon, his daughter Kaylee, and his three sons, Lucas, James and Joe.