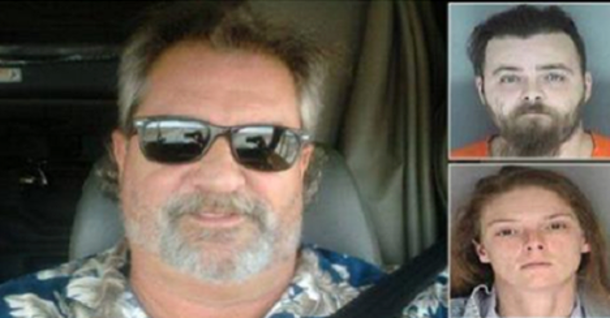 Trucker Kevin Kimmel saved an alleged sex trafficking victim after he witnessed strange behavior in an RV and called police.

Kimmel, a father and grandfather, was inside of his rig, parked at a Pilot station outside Richmond, Virginia, when he caught a glimpse of a young, distraught woman through the window of an RV. The woman disappeared behind a black curtain and Kimmel’s gut reaction told him that something was amiss.

“Saw what looked like a young girl looking out the window, the black drapes didn’t make it look like a families’ RV, you know,” Kimmel told WTVR. “I saw a guy come up and knock on the door then go inside the Pilot — then quickly came back and knocked again, all of the sudden the thing was rocking and rolling.”

Kimmel said it was a “no brainer” as to what was going on, so he called the police. “When I saw the young girl’s face, I said that’s not going to happen, I’ve got daughters and granddaughters,” Kimmel said.

Investigators searched the RV and found a couple from Iowa and a young woman who appeared disheveled and malnourished. 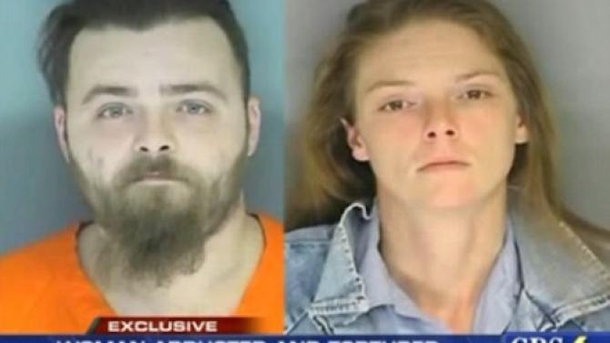 Aldair Hodza, 36, and Laura Sorenson, 31, were arrested and charged with the federal felony offense of sex trafficking by force, fraud and coercion.

The female victim, 20, had puncture wounds on the top of her feet and numerous burns on her abdomen, groin and back. Hodza allegedly tortured the woman by burning her with keys heated over a stove and hammering nails into her feet, reports The Daily Mail.

The victim told police she was abducted on Christmas Eve and forced into prostitution by the couple, who was traveling from Iowa to Virginia.

Sorenson and Hodza allegedly threatened to kill her family if she told anyone. Pictures were found in the trailer of the victim naked, bound and gagged. Another photo shows an unknown person spraying Clorox bleach into an open wound on her body.
Iowa authorities have stated the female victim was not reported missing.

Kimmel found out the horrific details of what happened to the woman he saved through the news. “I only learned the gruesome details through the news,” Kimmel said. ‘”I’m just happy I helped her.”