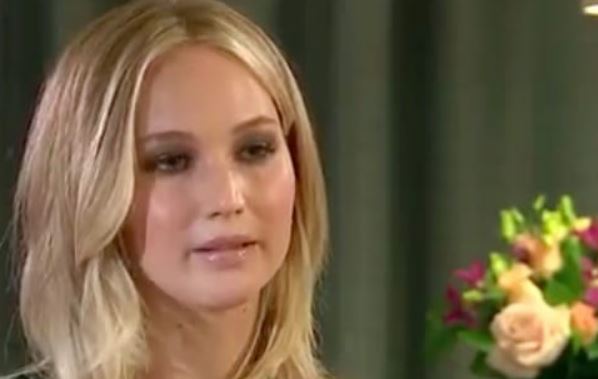 Tucker Carlson called out Jennifer Lawrence this week after the actress revealed she had “nightmares” of the Fox News host.

On Tuesday, Carlson mocked the 32-year-old left-wing actress during a segment of his eponymous Fox News show, Tucker Carlson Tonight.

Carlson’s populist worldview continues to haunt Lawrence in her sleep, she revealed in a puff piece with Vogue.

Lawrence says politics are “killing people,” and Carlson is the devil. She also discussed the nightmares with her therapist.

That is one of the more pathetic quotes from Hollywood you’ll ever read. Right up there with Alec Baldwin, who shot a woman dead, telling CNN he lives in fear that Donald Trump will send his supporters to shoot him dead.

There is no one way to claim your victimhood.

Later, she details a falling out with her family because they support the Supreme Court decision to overturn Roe v. Wade.

Here’s what Lawrence said in her latest political statement via Yahoo News:

“The Oscar winner discussed her political views and activism in a new cover story for Vogue’s October issue. While explaining how the 2016 election caused tension among her Kentucky family, Lawrence, 32, also told the magazine she’s had recurring nightmares about controversial Fox News personality Tucker Carlson.”

“I can’t f— with people who aren’t political anymore. You live in the United States of America. You have to be political. It’s too dire. Politics are killing people.”

“I don’t want to disparage my family, but I know that a lot of people are in a similar position with their families. How could you raise a daughter from birth and believe that she doesn’t deserve equality? How?” the Causeway actress added.

Of course, knowing Carlson for years, he gave a hilarious response to the actress after she claimed she was having nightmares about him.

Tucker Carlson Responds To Jennifer Lawerence Having Nightmares About Him pic.twitter.com/dvxaA9E654

Watch the video below:

In 2017, shortly after the inauguration of then-President Trump and amid that year’s devastating hurricane season, Carlson accused Lawrence of suffering from “Trump Derangement Syndrome” after she suggested the disastrous hurricanes were “Mother Nature’s wrath” as a result of Trump’s election to office.

“So she has nightmares about us, nightmares,” Carlson concluded his segment about Lawrence Tuesday night. “We are flattered. Can’t help it if they dream about you.”