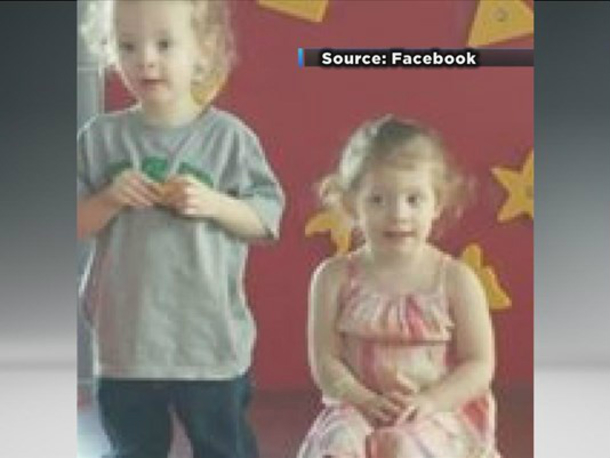 A heartbreaking story that sends white hot fear into the heart of every mom comes out of Louisiana this week. While their mom took a brief catnap on the couch, 3-year-old twins Oliver and Aria Orr slipped out the front door and climbed into their parents’ unlocked truck, which sat outside in the hot Louisiana sun.

It was a brief nap on the couch for one Louisiana mother which created a window for her 3-year-old twins to sneak out of the house and climb into the truck in the driveway. Their parents truck was unlocked and sitting out in the hot southern heat.
 Facebook Twitter Pinterest

When mom woke up, she saw the front house door open and began frantically searching for her children, along with a neighbor who helped.

They eventually found the twins inside the truck.
The mom told local news: “He was sitting in the floor boards and he had put his head on the seat.”
Both were unresponsive and CPR was attempted. They were taken to the hospital, but sadly they were pronounced dead.

Turns out it is estimated that 40 kids will die in a hot car this summer, but this particular case is different in that these kids actually climbed inside the vehicle themselves as it was unlocked, but they were not able to get out.

This mom is not alone, as Amy Michelle Carey had a similar experience and she is urging parents to be sure to lock their vehicles when parked in the driveway.

“Yesterday my sweet Cason almost became 1 of the 40 kids that will die this year from being in a hot car. This is hard for me to write because I feel guilty but I know many people leave their vehicles unlocked and now I know you shouldn’t.”
 Facebook Twitter Pinterest

While this mom believed her child was inside playing a video game, she thankfully checked on him after 20-30 minutes. Then they found him in the van. Here’s what she had to say about the incident:

“Cason had been playing minecraft in his brothers room, which he can do forever and you never hear from him. Christian had loud music playing while we mopped the kitchen floor together. After about 20-30 minutes of cleaning I went to peak at Cason to be sure he was still doing okay, but he wasn’t there. I ran through the house yelling for him but he didn’t answer.

I ran outside and there he was, in the van jumping up and down, crying with sweat pouring off of him. I grabbed him out and he immediately started to fall asleep. We got inside called 911, they arrived and helped me get his temp and vitals stable so we could go to the ER. They ran blood tests on my strong boy who never shed a tear and everything came back that he will be okay!!! We got so lucky, I am thankful I decided to check on him, who knows how long he was in there or how much longer he would have been able to handle the heat.

The reason I tell this is so all parents keep their vehicles locked. What we know now is that Cason and Jake went outside to look for my cleaning supplies(its often in my van because I clean houses) Cason got shut in and he wasn’t strong enough to get the doors back open. I would have never thought they would go out there and get in the hot van but they did. It happened to me it could happen to you.
Please share to spread awareness of keeping vehicles locked so children don’t have access to them.”

Always lock your car doors even if you have nothing to fear regarding theft. This is all about child safety and you can literally save a child’s life by keeping vehicles locked up. It could be your own child or a wandering child in the neighborhood.
Share this important message to get the word out to all parents regarding the importance of locking vehicles.