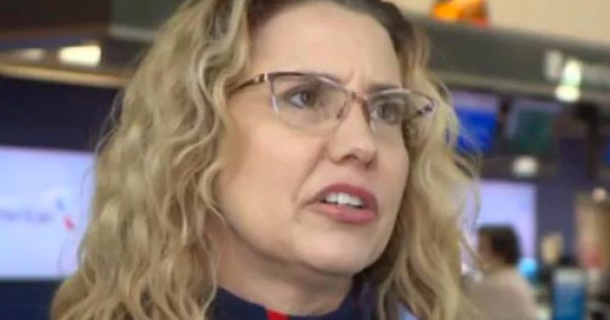 Gate agents see a lot during their day. They meet people from all over the world going all different kinds of places. It can be exciting to see the smiling faces of travelers eager to visit a foreign land or the big city they’ve always dreamed of going. But when the agent saw two teenage girls, who were traveling alone, a red flag went off in her mind.

She thought something was wrong with what they were doing. So she started asking questions, as she had learned to do from a recent training. About 14,000 to 17,500 people are trafficked into the United States each year. And the airline gate agent did not want these two American teens to become a human trafficking statistic.

Third, only to drug smuggling and illegal arms trafficking, human trafficking is the third largest international crime in the world. And while you might think it only impacts foreigners, that is not true. Predators seek out young American girls and lure them into their traps all the time. And these two teens were about to become victims.

Denice Miracle was at the ticket counter for American Airlines in Sacramento when she met the two teens. And when she first saw them, her instincts told her something was not right. The teens were hesitant about their travel. And they only had a few possessions with them.
“I think the way they kept looking back-and-forth at each other like they weren’t really sure. And then they were texting someone on the phone, and that person was giving them answers,” Miracle told the reporters at Cleveland 19 News.

The teens were only 15 and 17. And they wanted to leave their “small-time” life in Sacramento and go to the big city in New York to live with a man they met online.

The stranger had bought the girls first class tickets so that they could fly in luxury on the way to his trap.
“It was a first-class ticket. It was very expensive. I told a supervisor, ‘I’m going to call the sheriff. It just doesn’t feel right to me.’”

The Deputies did not delay. They hurried to stop the human trafficker from getting the girls onto the plane.

When the deputies started questioning the teens, they revealed how the man was a stranger they had met on Instagram. He bought them tickets to New York so that they could try out for his “modeling” gig. And he promised to pay them $2,000 if they came.

The young girls thought this sounded like a great offer. Instead of talking to their parents, they allowed the man to influence them. They told their parents they would be sleeping at each other’s houses and then left for the airport.

The girls did not suspect “Drey.” But the airline agent found it strange that he had bought them one-way tickets. He didn’t want them going back home. The teens did not know they were not coming home.

Deputy Todd Sanderson told Cleveland 19 News, “They were somewhat flippant about – ‘No, that can’t be true!’ – and I said, ‘No, the airline says you have a one-way ticket, and in my belief, you’re going back there not to do the things that you think you were going to be doing.’”
Because Denice Miracle called the Sheriff, she saved two teens from becoming a human trafficking statistic.