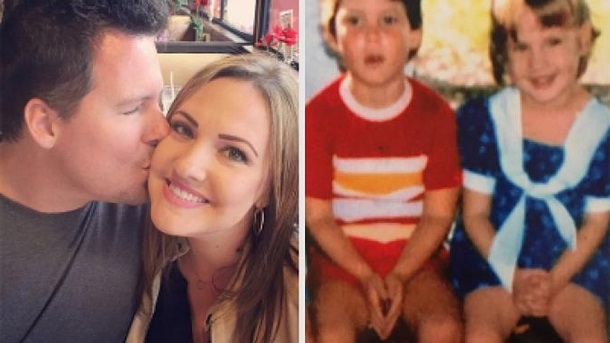 A St. Petersburg, Florida, couple that fell in love through an online dating site reportedly realized this was not the first time they had been in love with each other.

Justin Pounders and Amy Giberson, both 33, met through Match.com in November 2014, People reports. Pounders was reportedly browsing the site when he came across Giberson’s picture and immediately messaged her to express his interest.

“I saw her photo and for whatever reason, was instantly drawn to her,” he told People. “She just had this great energy, you could tell. I can’t explain it, but I knew I had to get to know this girl.”

The two exchanged many phone calls and text messages before meeting for their first date at a local restaurant.
Two weeks later, the couple realized they had known each other as children.

“We were in the car and Justin casually mentioned that he loved my name because he had had a crush on a girl named Amy in his preschool,” Giberson told People.

She reportedly joked to Pounders, “Well, it’s not me, so I don’t want to hear about her!”

When the couple discovered they had both attended Sunshine Preschool at the same time, they started putting the pieces together.

“We asked our parents to dig up any preschool photos they had,” Giberson said. “Justin’s mom found a photo of the two of us together and I just started crying, I was ecstatic. I was the Amy he had liked all those years ago!”
She added that “it was definitely meant to be.” 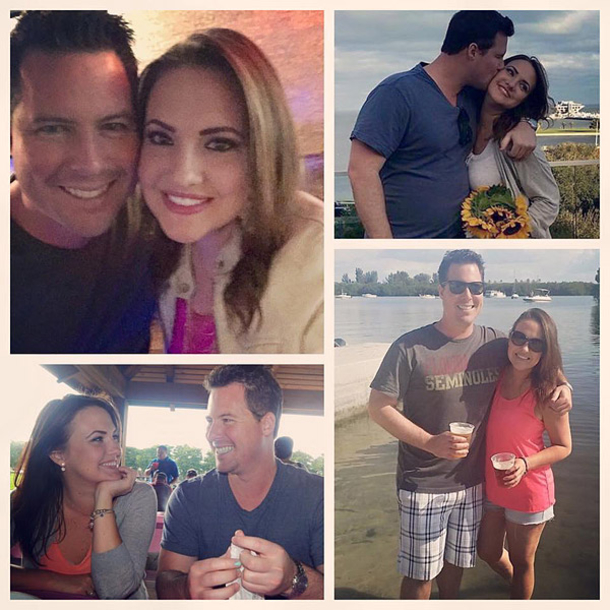 The two had indeed shared a childhood romance while attending the St. Petersburg-area preschool 30 years earlier. The couple’s former teacher and owner of Sunshine Preschool, Diane Twar, said she distinctly remembers the close friendship between the two youngsters.

“They had a blast with each other,” Twar said. “It was a quiet, bashful romance. They liked each other from afar, it was a young love, like a sweet crush, you know? They insisted on sitting next to each other in our school picture.”

Pounders and Giberson had gone their separate ways after preschool. Although they grew up in the same area, they went to different elementary, middle and high schools and had no friends or acquaintances in common. They both moved away from St. Petersburg for college, and both only recently returned to the Pinellas County city where they had grown up.

“Someone or something definitely decided we weren’t supposed to reconnect until now,” Pounders said. “We’ve been so close to finding each other this whole time but didn’t until the time was right. And that’s now.”

While Pounders is still waiting for the right moment to formally propose, they have already chosen their wedding date and honeymoon spot.
The reunion is a bright spot in Pounders’ life after an unexpected tragedy.

In July 2012, Pounders was planning to move in with his girlfriend at the time, Adrianne Robert, when she was assaulted and killed by a man who followed her home after a night out with her roommate, ABC 30 Action News reported.

Pounders had reportedly been living in Clearwater, Florida, at the time. He moved back to St. Petersburg and met Giberson two years later.
“I feel like the luckiest human being in the world,” he told ABC 30.