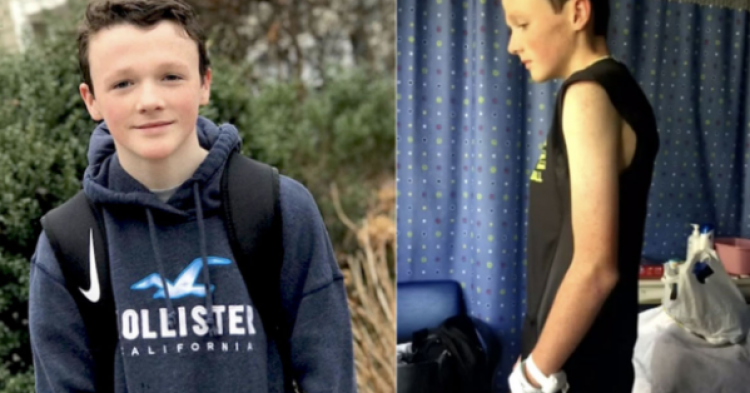 What could make a happy 13-year-old boy so depressed that he would stop eating? His mother says it was relentless bullying.

And now, the mother of the bullied 13-year-old boy took social media with her heart-wrenching post about her son’s depression and severe eating disorder has gone viral.

Deirdre O’Brien of Garden City, New York, said that her 13-year-old son Liam developed the conditions as a result of merciless bullying he was forced to endure every day at school.

“There has been a lot of talk about bullying lately,” the mom wrote on Instagram. “I would like to share my family’s experience with bullying. My beautiful son Liam turned thirteen years old on September 8. He should be in school and playing soccer, but he is not. He is at a medical center in Princeton, New Jersey, being treated for depression and an eating disorder.” 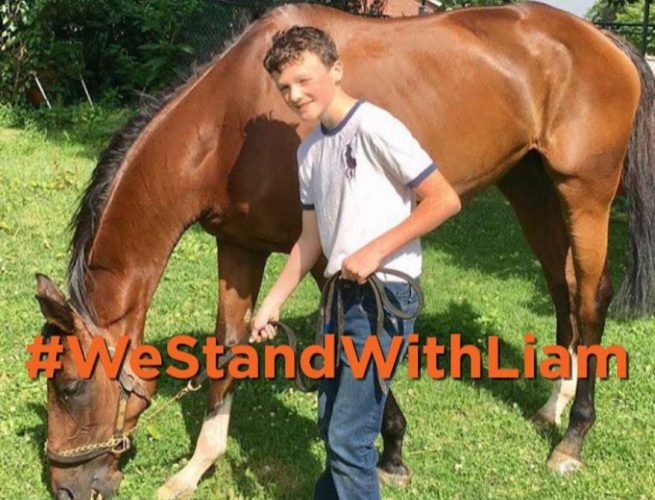 “He has actually been hospitalized for five weeks. He hasn’t been home or slept in his bed. He hasn’t been able to watch football with his dad on Sundays. How did we get here? Liam went into seventh grade very happy. He had lots of friends. He was always on the go, meeting friends on Seventh Street, riding his bike, playing soccer, and he loved food. A cowboy sandwich was his absolute favorite. He made the seventh-grade soccer team and was so happy and proud. He is an amazing soccer player, and he earned a spot on the team. As the season ended and winter came, Liam gave me back his iPhone.” 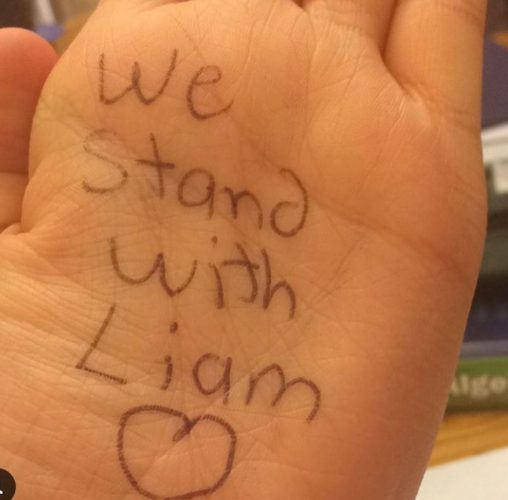 Sad to say, the bullying had gotten so bad that the boy no longer wanted to pursue his passion.

“He stopped going to Seventh Street. He hung out at home with us. I was happy, but I kept asking if anything had happened and was everything okay? He said he was fine. He played soccer in the spring with his travel team. Soccer was the one thing that remained consistent. He played every day.”

However, things began to get progressively worse for Liam as he turned his back on food and nutrition. Then Lian experienced bullying.

“He didn’t pick up the soccer ball for the rest of the summer. I was so confused,” the mom wrote on social media. “He started going to work with his dad at the racetrack. He started to ride horses and really liked it. He went up to Saratoga at the end of July for almost three weeks. While he was there, my husband said Liam was not eating as he used to, and when he came home, I noticed the weight loss. He started to eat just one meal per day. I kept trying to talk with him.”

Keith O’Brien, Liam’s father, told reporters that he hopes his post will help parents and children facing the same difficulties.

“Maybe it will protect another child in the future, just by raising the awareness,” Keith O’Brien said.

“If we can’t protect our children, then we’ve failed as a society, as parents, its just awful,” he added.

Deirdre and Keith O’Brien said that they began to notice Liam’s behavior changing towards the end of the last school semester, withdrawing away from his friends and social events in favor of being with his parents.

He even returned his cellphone to his mother, describing his iPhone as ‘too much drama.’

“He started to withdraw, he did not socialize with any friends anymore,” Keith O’Brien said. “He just wanted to be with me and his mom.” 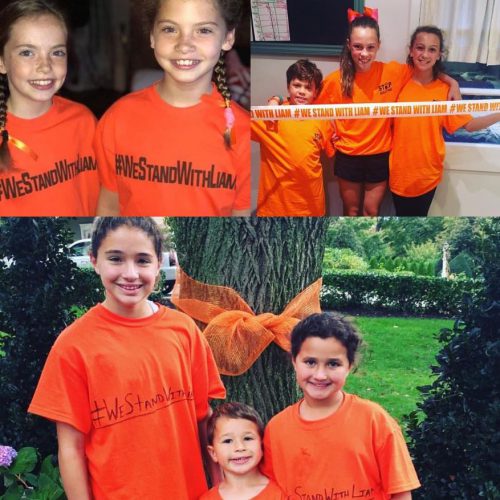 Liam refused his mother’s help, and his condition worsened.

“I took him to the doctor, and he had lost about ten pounds since June. Two days later, he was admitted to Cohens Children’s Hospital. He hated it and said, I will eat. Please let me come home. I went to bat for him. I thought he really needed to start school with his friends.”

Mom went to school with Liam and met with his counselors and school nurses. However, the bullying continued.

“Liam came home on Friday with a bruise on his face… He said nothing (that) he banged it by accident. That was his birthday, and we went out to celebrate that night. He didn’t eat. He barely ate for the rest of the weekend. He lost five pounds that first week back (to school).”

Eventually, Liam opened up to his mother.

“He told me he was bullied terribly in seventh grade. It started when he made the soccer team. Two kids told him he sucked and shouldn’t have made the team… He was told he was weird. He was fat, his freckles were weird, his eyebrows were weird.” 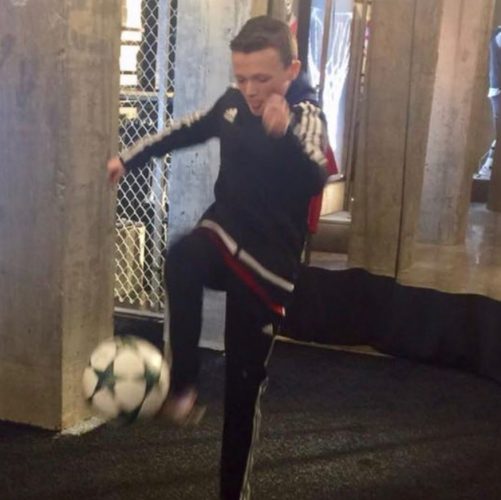 The post had already garnered thousands of shares and reactions on Facebook, quickly going viral over the Internet.

The post has already racked up thousands of reactions and shares on Facebook, inspiring a hashtag: #WeStandWithLiam 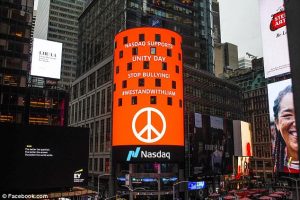 Thankfully, Liam is doing better. But bullying remains a huge problem in the United States.