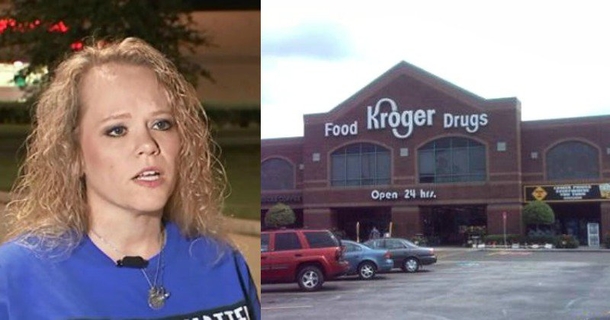 In Spring, Texas, a woman ran into her local Kroger grocery store to grab a few things and get on with her list of other errands to run. However, things didn’t go as simple as she hoped when she was told to leave because she disgusted a particular employee who took one look at the shopper and said she was sick of people like her.

Meredith, who didn’t feel comfortable releasing her last name, had checked everything off of her shopping list and headed to the register. As she put her items on the conveyor belt, she was informed that she shouldn’t even bother since the cashier wasn’t going to ring her up. The employee said that Meredith needed to get out of the store because the shopper’s shirt was a slap in the face, and the clerk “was doing everything she could not to cry.”

This wasn’t the first time Kroger has turned away a paying customer for the same reason as Meredith, and like the others before her, she wasn’t going to let it slide. Wearing a blue t-shirt that said “Police Lives Matter, All Lives Matter,” Meredith was showing support for her hero husband who puts his life on the line daily, serving and protecting the “offended” clerk and the other citizens of Spring, Texas.

However, the cashier didn’t like what she was advertising and kicked her out of the store, regardless of the fact that she’s not in charge of anything but her cash register. 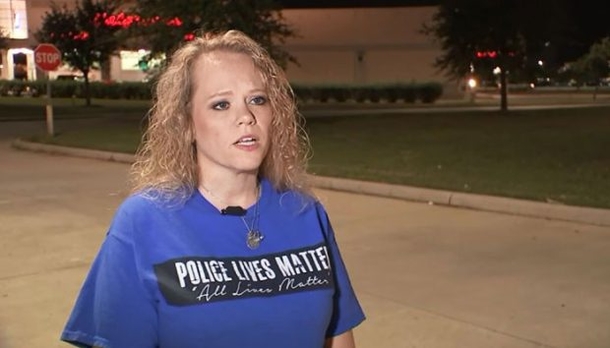 Right after Meredith left the store, she let others know what happened to her there, including Kimberly Colley who is the executive director of the Blue Bow Foundation, which supports police officers and their families. Colley was disgusted by this employee’s actions, but more so by the complete lack of response on the matter from Kroger.

“Our husbands risk their lives every single time they put on those uniforms, they’re walking targets and this is the least we can do to show there is support out there,” Colley said, according to KMOV. She added that her non-profit group which used to support the store has cut off all ties with the retailer.

This is now at least the second time Kroger employees disrespected police officers and/or their families. A worker at a Louisiana location refused to serve a cop and the store didn’t seem to care when it was brought to their attention. Any business who doesn’t support police, especially when they go as far as to kick them out, doesn’t deserve the protection they rely on from law enforcement when called upon.