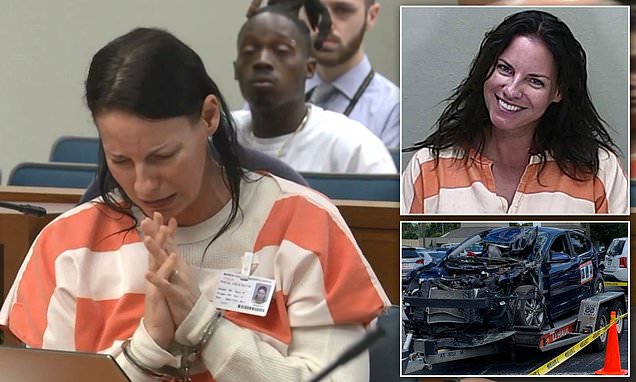 A mid-day crash left a 60-year-old mother dead. The woman who caused the tragic collision was promptly arrested and charged. Yet what she was seen doing after her arrest has the victim’s family outraged, and you will be too.

One of the most dangerous things people do is use their phones behind the wheel. Despite “Hand’s Free” laws and the countless examples of why you shouldn’t drive distracted, so many people do. The simple act of answering a call or replying to a text is enough to cause a disaster.

That seems to be what Angenette Welk was doing when she was on the road. It was shortly after 12 PM. She was cruising down the highway. According to reports, she dropped her phone and was trying to retrieve it. Sadly, we know what happened next. Welk crashed into the car in front of her, causing it to slam into a tractor-trailer.

A passenger of the other car was a 60-year-old mother. Doctors’ tried to save her life, but she was soon pronounced dead. Police on the scene took Welk’s story about the cell phone. However, they realized there was more to the story. Alcohol was on her breath. After taking a test, they discovered her blood alcohol level was twice the legal limit. 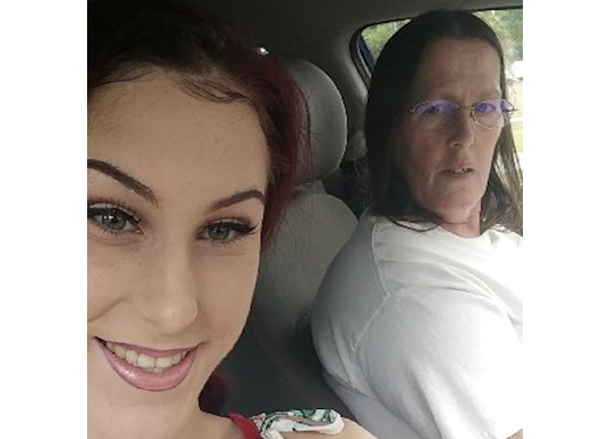 But that’s not the end of the story. Police arrested Welk and booked her. To everyone’s surprise, the woman did something in her mugshot that nobody was expecting. The victim’s family was disgusted to see her smiling from ear to ear.

A Florida woman sparked a fury after she was photographed smiling ear-to-ear in her mugshot following a drunk driving crash that killed a 60-year-old mother, Florida Highway Patrol said…

Welk reportedly told troopers at the scene that she crashed into the vehicle because she dropped her phone. However, the 44-year-old had trouble completing a field sobriety test, WKMG reported. Police smelled alcohol on her breath and cops said Welk’s blood alcohol level was .172 — more than twice the legal limit… 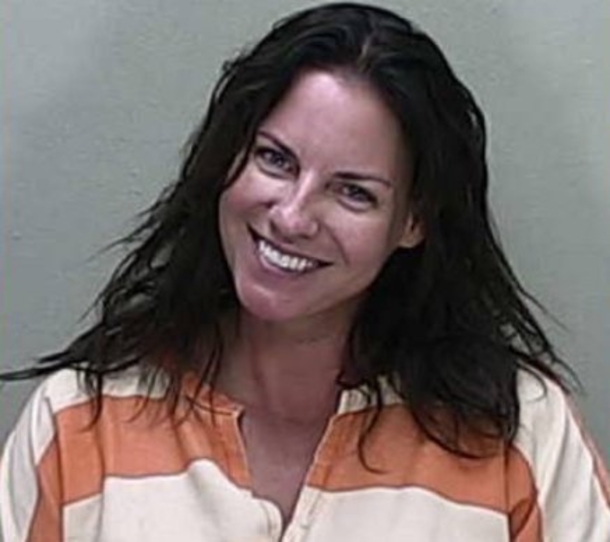 The picture is truly disturbing. Clearly, this woman had no problem getting hammered in the middle of the day. That alone is irresponsible. But to get behind the wheel of a car and speed down the highway? That is inexcusable. The worst possible scenario played out, thanks to her negligence. A mother was taken from the earth; her family will never see her again.

And what is Welk doing in her mugshot? Smiling! Does this woman even know what’s going on? She is being charged with the death of another human being. Any normal person would show remorse at that moment. Instead, she seems to find it all very amusing.

Don’t say it was because she was drunk. There are plenty of drunk people arrested and booked by the police. None of them are very chipper standing for their mugshot. It is deeply disturbing that Welk shows no remorse for what happened.

Kroll said it was “disgusting” seeing Welk smile in her mugshot.
“That disgusts me and that means she has no remorse for what she did at all and I hope that judge sees that picture and says the same thing,” Kroll said. [Source: Fox News]

Imagine the pain this family is going through. They lost their mother in such an awful and heartbreaking way. Right now, they are searching for meaning and help. Then, they see the woman responsible for their mother’s death, smiling. That’s downright cruel.

According to police, they are working to upgrade the charges against Welk. She might be facing serious penalties for her crimes. Maybe, after being thrown into jail, she won’t find it so amusing.