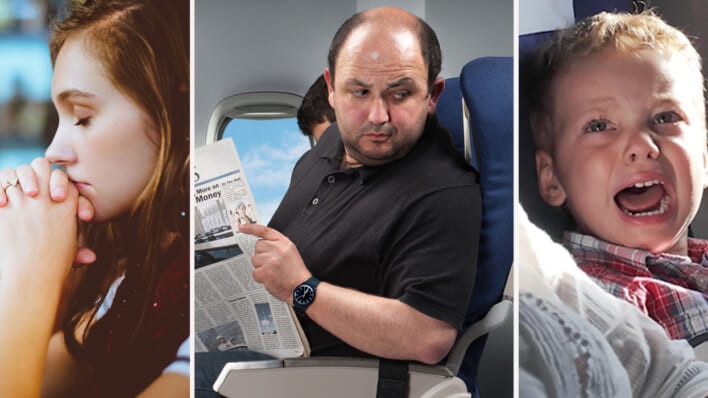 Alexa Bjornson was worried when she sent her son flying by himself, so she wrote a note for the passenger next to him.

Sending your child on a flight by themselves can be anxiety-inducing for any parent or family. However, if your child has autism, that experience can be even scarier for the kid and the parent.

That was the situation Alexa Bjornson was in back in Summer 2019 when she sent her seven-year-old autistic son on a flight to see his dad — all by himself.

Alexa wrote a note for her son, Landon, to give the person sitting next to him on the plane. Her goal was to alleviate her anxiety before the flight from Las Vegas to Oregon. She also included $10 as an incentive to be kind.

“I was feeling anxious, and [Landon] was super excited to get to his dad and cousins. I was more worried about missing him than how he would do on the plane,” Alexa told Bored Panda. “That was probably his fifth or sixth flight, so he knows what to do and how to act. I was just worried about him being ‘annoying’ to his seat partner.”

She added that she usually would try and fly with her son, but it wasn’t possible that year. “This year, we had a newborn baby, and funds were too low for me to fly three of us there and then two of us back,” Alexa explained. “Landon was also having some bullying issues, so we just wanted him to be able to enjoy the rest of his summer!”

In the note, Alexa explained her son has high-functioning autism, and he might be nervous and ask, “are we there yet” a lot. She then asked the person to just please make him feel safe and comfortable.

“I really couldn’t think of any other way to get my point and goal across besides a letter with an explanation and incentive for being kind. I wrote the letter an hour before we left for the airport,” she added.

Alexa’s fears were erased when she received a photo and message from Ben Pedraza, the man who wound up sitting next to her son.

“I was Landon’s seat neighbor for his flight to Portland,” he wrote in a screenshot that Alexa shared on Facebook. “He did ask if we were there yet several times, but he was a great travel buddy. We had a good time and played a few rounds of rock-paper-scissors. He’s a great kid, and you’re a lucky mom.”

As for the $10 Alexa included with the note, Ben revealed it wasn’t necessary, and that he donated it to Autism-Society.org on behalf of Landon.

“We were cracking jokes, and after a while, he asked me to quit making dad jokes,” Pedraza told KATU.

“I am so grateful to this individual and that there are still kind people in the world who make a difference like I try myself to do as well. Thank you so much Ben!!!!” Alexa wrote in her post.

Thanks to Alexa’s note, Ben was prepared to deal with Landon on that flight. The fact that he took extra steps to show him kindness resonated with his mom and went viral. It also inspired others to show acts of kindness in their own lives.

Whether it’s giving up your seat to someone struggling on public transit, being kind to the passenger next to you on a plane or train, or taking a deep breath and not reacting to the person who cut you off in traffic, there are plenty of smaller ways to practice kindness in our daily commuting lives.

We don’t always know what challenges someone is going through in their own lives or why they may be acting a certain way. But we do know that by trying to control our reactions in such situations, and by putting our best foot forward, we usually get the best results — for us and them.