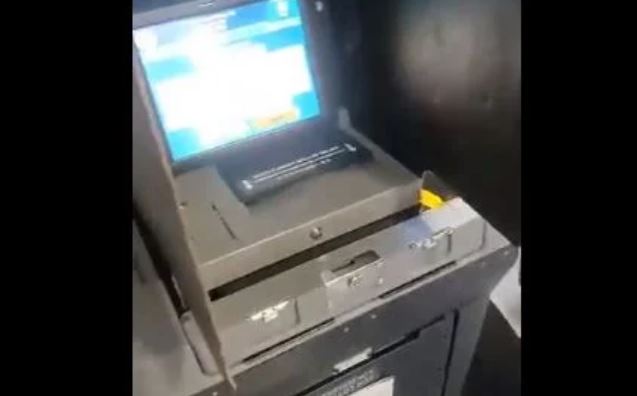 This is huge! We see some hope of a clean election this coming November.

On Saturday, TGP received this exclusive information from one of its avid readers, David.

A few weeks ago I recommended to our County Executives to provide funds for a hand count of our upcoming 2022 governor and US Senate races in selected municipalities. I emphasized this would provide proof to those of us that are skeptical of the voting machines.

This is a great first step. Please announce this on your website so as to encourage other counties in Wisconsin and elsewhere to do the same.

If we find the machines are not tallying the votes correctly, that will be prima facia evidence of the fraud. If the tally is correct, we’ll need to move on. But we definitely need more counties to do what Washington County has done; do a hand count to compare the two. Yes, we are counting the paper ballots not machine images.

For more info please call me any time or email. I’ve also given this info to Jefferson Davis, who is doing a follow-up.

The local news outlet, ‘The West Bend Daily News’ reported on the funding allocation. We can find the important section in the last few paragraphs.

WASHINGTON COUNTY — The Washington County Executive Committee voted to upgrade the county’s election management system, and to do a full recount of select state and federal elections, during their meeting on Wednesday.

“What we’re looking at doing is beginning to program all of our elections here, in-house, rather than contracting with [Dominion Voting Systems] as we have in the past,” said Washington County Clerk Ashley Reichert.

According to Reichert, her predecessor had previously programmed the election machines used by the county in-house, until April of 2016 when they had decided to switch to Dominion voting machines and contract the work out through Dominion.

“It’s the same software, it’s just a program that gives me the capability of inputting all of the data that I compile already,” said Reichert. “Then I’m able to actually put it all together and finalize it all rather than having Dominion do so.”

The cost of upgrading the software and training staff is estimated to be up to $75,000, according to the committee report.

Reichert said this will also lead to ongoing expenses for the county for increased fees, but they will be included in her budget moving forward and would go through a budget amendment in the future.

According to Reichert, one of the fee increases is $11,000 more than the county currently pays. The other is for $20,000 for training and support in programming as they switch to doing it in-house, but it will only be for a year or so.

“I think this is something that Ashley should be commended for. I think anything we can do to pull things away from Dominion and have more control, and Ashley, who I think does a phenomenal job, to be able to have her hands on it, is a positive,” said County Executive Josh Schoemann.

“I’d like to also echo those same comments. I think we need to make our public aware that we’re bringing so much more of this control in-house, inside the county,” said County Supervisor Caroll Merry.

The committee voted unanimously to approve the use of up to $75,000 in strategic priority funds to upgrade the county’s election system management software.

The committee then voted on doing a full recount by hand of the governor, lieutenant governor and U.S. senator elections in the general election on Nov. 8.

According to Reichert, the county audits every election held, by choice.

Normally, the county will randomly select two reporting units in the county and then hand-count the ballots in two of the races in the election and compare the results with the voting machine tabulations.

“What we are suggesting doing for the 2022 general election is hand-counting the entire county as a part of an audit doing the top state race and the top federal race, which would be governor, lieutenant governor and then the U.S. Senate race, and hand-counting all of those,” said Reichert.

According to Reichert, the expense of the recount is up to $50,000, and would be paid for by the county and not the individual municipalities. The funding would come out of the strategic priority fund.

“Here again, I think we need to commend the clerk’s office for taking a step forward on this,” said Merry. “Just another effort to reassure the voters of Washington County that we’re trying to stay ahead of any potential fraud.”