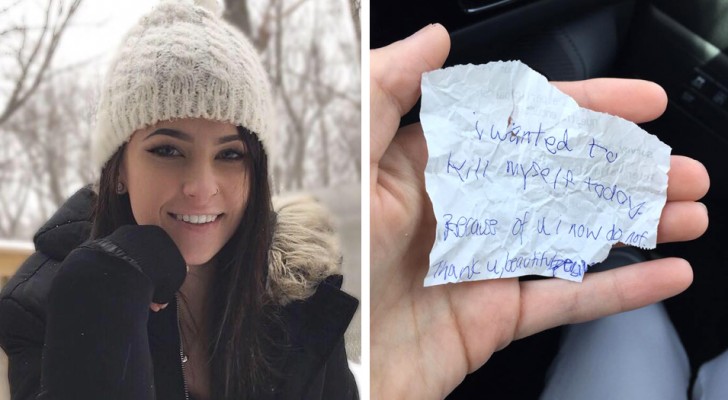 Let’s face it: we rarely see acts of kindness, so when we do, we are constantly in awe and startled by them. Fortunately, there are people who are capable of doing beautiful deeds for other people and who also do it extremely impulsively. In the narrative we’re about to tell you, this is precisely what took place.

The story centers on a young woman who encountered a homeless guy and extended her hand to him. For her, this gesture was typical of many others she had done, but for the man, it was anything but typical; in fact, the woman’s attention to him positively affected the rest of his life. Together, let’s learn what this young woman did:

A young woman named Casey Fischer took a break from studying on a typical day and headed to her customary spot for coffee. She noticed a person approaching her as she approached: it was a homeless man who was asking for money on the sidewalk in an effort to buy food. When Casey entered the coffee shop shortly after seeing this incident, she observed the man enter behind her and approach the counter with the cash he had raised.

However, the homeless man had only collected about $1, which was not enough to even buy one cup of coffee. Our subject stepped in at this point. She encouraged him to sit at her table and not only offered to buy him coffee and donuts. They conversed for nearly an hour during which time the man, who claimed to be named Chris, told her about his life.

He had experienced many difficult times ever since his mother died and he was left without a father (who he had never known). He always wanted to be the kind of person his mother wanted him to be, someone who would make her proud and happy, despite everything. Unfortunately, he had been unsuccessful in his pursuit, and this set him up for despair and extremely pessimistic thinking. But when Casey arrived, everything for the desperate guy changed.

Chris asked the girl to hold off when she realized she had to return to class. He handed her a message that he had written: “I was prepared to give up, but you restored part of my faith. Many thanks “. The young woman was surprised by this response. Casey shared a picture of the note and her experience on Facebook, happy with how things turned out. Her followers’ responses and comments came quickly, and the message was shared numerous times. Many people were moved and expressed their gratitude to the young woman for doing this kind thing for a helpless person.

We would like to add our voice to the chorus of gratitude and express the hope that this deed of kindness can serve as a model for others who, like this young lady, may encounter similar circumstances and choose to act in the same way. Regards, Casey.