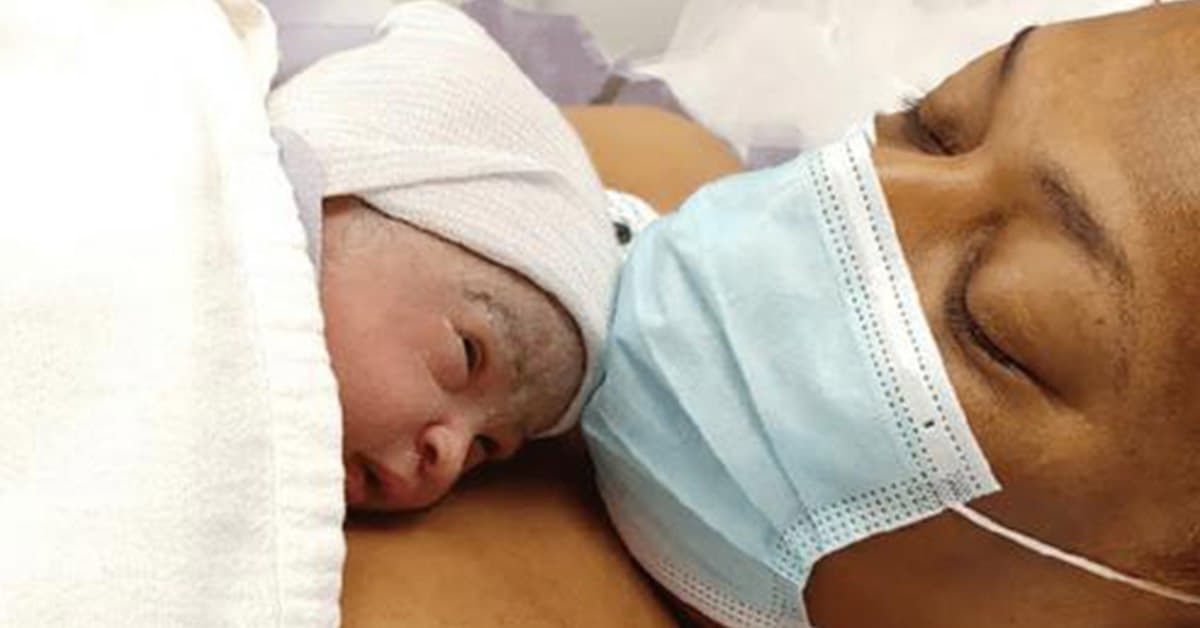 A baby in the family is undoubtedly a blessing.

However, when the journey of conceiving and giving birth to a little miracle becomes complex and tough, people are more than grateful when they finally succeed to enlarge their family.

This was the story of one older woman, who after unsuccessfully trying to conceive for a decade, finally welcomed a baby to the world at the age of 50.

A “geriatric pregnancy” comes with numerous challenges, but this couple overcame them all.

Tom and Susie Troxler met later in life, and got married. Both of them dreamt of having their successor, but the process of getting one proved to be much more difficult than they imagined.

When they started, Susie was 40, and her husband 51. Yet, they never hoped it would take them 10 years to actually have a baby.

When the couple was trying to achieve “geriatric pregnancy”, due to her age.

This classifies anyone having or trying to have a baby over the age of 35.

Yet, the term shouldn’t scare anyone, as it was created a long time ago, when having children later in life was a lot more challenging and involved a lot more risk.

Nowadays, more women in this age group than ever before have babies without issue.

It is a fact that the risk for infertility increases over time. According to The United States Department of Health and Humans, 9% of men and 11% of women will experience fertility issues.

However, Susie claims their doctors were always direct to inform them about the realities of conceiving at their ages, but they were very kind and caring at the same time.

After eight years of trying, the couple went to their OB-GYN to discover the issue that caused the failure to do so.

Their OB-GYN referred them to the Carolinas Fertility Institute in Greensboro, North Carolina, and their doctor figured out that Susie had something called fibroids. She was also diagnosed with endometriosis, and Tom, too, had a medical issue that contributed to the problem.

This was the reason why, despite IVF treatments, the embryos weren’t taking.

Susie removed the fibroids in surgery back in 2019, and after the needed time to recover, they started the procedure again.

“I had fibroid surgery January of 2019, went through the healing process, and then they collected egg after egg. I went through several rounds of egg retrieval and the insemination of eggs and none of it took. Nothing, nothing, nothing.”

At this point, she and her husband turned to egg donation. Two viable embryos were their last two chances.

Although the first one didn’t take, the second miraculously did.

“We weren’t waiting for our joy to happen once we had kids, We were in a place where if it turned out we never had children of our own, it would have been ok. We would not have liked it, but we would have been in a place of peace about it.”

When they eventually conceived a child, they were ecstatic!

“I don’t even have the words, it’s surreal. I still can’t believe it. I spent so much time being me, first, and then being a wife. So now, this idea of being a mom is… it’s still a ‘wow’ for me.”

The Risks of Geriatric Pregnancy

From their own birth, women gave the same eggs. Therefore, every year after their puberty, the eggs get older as well.

Modern medicine allows people to give birth safely later in life, but that doesn’t mean that it doesn’t come without its risks, such as:

· high blood pressure in the mother, which can lead to a serious condition called preeclampsia, and early birth for the baby

· gestational diabetes, which raises the risk of diabetes later in life

On the other hand, there are benefits as well, such as stability, better access to healthcare, healthier food, etc. Older women are more established and therefore have more resources available to them, like more education and higher incomes.

Therefore, don’t stress over this if you are older than 35. You still have lots of time to have a baby and have a healthy pregnancy, as age does not determine the health of the pregnancy.

When trying to conceive, talk to your doctor.

A healthy pregnancy can be supported by many steps, such as a healthy diet, regular exercise, prenatal consumption of vitamins with folic acid, maintaining an appropriate weight, and avoidance of any substances like drugs, alcohol, or cigarettes.

Your doctor can explain to you all your options when trying to conceive. You and your partner might need to be examined for other conditions, and you might be a candidate for certain types of fertility treatments.

If pregnancy seems not to be an option for you, you still have many options to welcome children into your family.