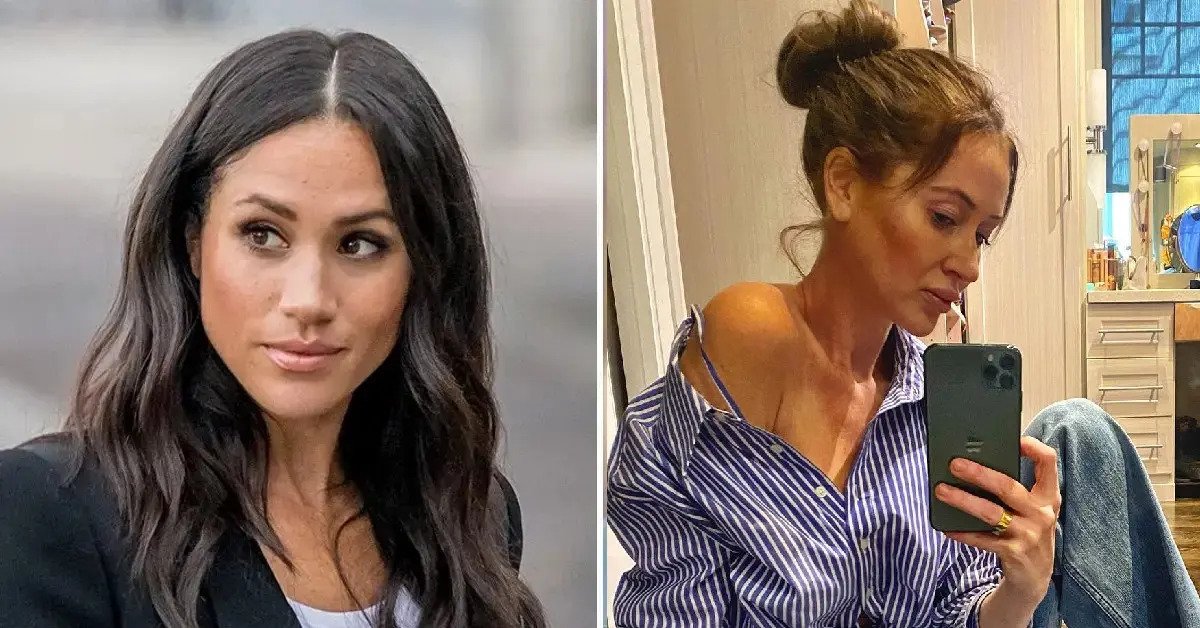 Jessica Mulroney has finally acknowledged her appearance in Meghan Markle and Prince Harry’s Netflix series in a cryptic post.

The six-part show was released more than five weeks ago – and in the wake of its explosive allegations, Jessica remained silent.

Meghan and Jessica were once incredibly close. They established a strong bond when Meghan moved to Canada to film Suits, and Jessica’s three children even took on a prominent role at Meghan’s wedding to Prince Harry in 2018.

However, the two ladies had a reported falling out in 2020 when influencer Sasha Exeter called out Jessica for displaying “textbook white privilege” within the fashion blogging community. Meghan was said to have then ended their friendship.

Nevertheless, fashion stylist Jessica did make an appearance in the couple’s Netflix series – albeit very briefly.

And she has now shared the same snapshot used in the show on her Instagram page – a black and white photo of herself taken at Harry and Meghan’s 2018 wedding reception.

The 42-year-old can be seen wearing a gold, embellished cowl back dress for the celebration, with her hair up in a high ponytail. She is pictured smiling at the camera with three other guests, including Suits actress Abigail Spencer.

Interestingly, however, Jessica chose not to add a caption to the post. She has also disabled all comments.

Harry and Meghan have been making headlines on a daily basis in recent weeks following the release of his explosive memoir, Spare.

The controversial book was officially released on 10 January – although it went on sale early in Spain – with the Prince also recording a number of tell-all interviews as part of the promotional trail.

Meghan, meanwhile, has been keeping a low-profile following the release of her husband’s book. It is not yet known whether the couple will be in attendance at King Charles’s coronation when it takes place on 6 May. Among those confirmed to attend are Prince Albert and Princess Charlene of Monaco.